There’s something about food that seems to make all of our primary decision-making skills go out the window. Whether it’s deciding where to eat, choosing what to have from the menu, or pondering the dreaded ‘if you could only have one meal for the rest of your life what would it be’ conundrum, choosing the best food option seems an impossible task.  I am always too reluctant to label certain foods as my favourite, because there are just too many different options out there. I simply can’t deal with the pressure…

That’s why I was somewhat hesitant when I tentatively typed the title of this post. The best meal I’ve ever had? Have I actually crowned a restaurant with that prestigious title? Or have I been too hasty? All I do know, is that the meal was so good that it made me want to write about it, so surely that’s got to mean something?

As we all know, birthday celebrations are never confined just to a single day, it’s usually more of a birthday week. So after my weekend in Birmingham, I also had some other celebrations on my actual birthday with my family, for both my 21st and my sister’s 24th that was just a week before mine. As usual, all of these were food and drinks based, I mean, what better type of celebration could there be? So, we headed out to Côte Brasserie for a family meal.

Apparently unable to resist French cuisine even when back in the UK, we decided that Côte’s French menu would suit the special occasion perfectly, and we certainly weren’t disappointed.

I arrived to the balloons that my parents had brought from home (one of which made a great escape on our way back to the car, leaving me celebrating my 1st birthday 20 years belated) but there were also three more balloons dotted along the table courtesy of the restaurant. 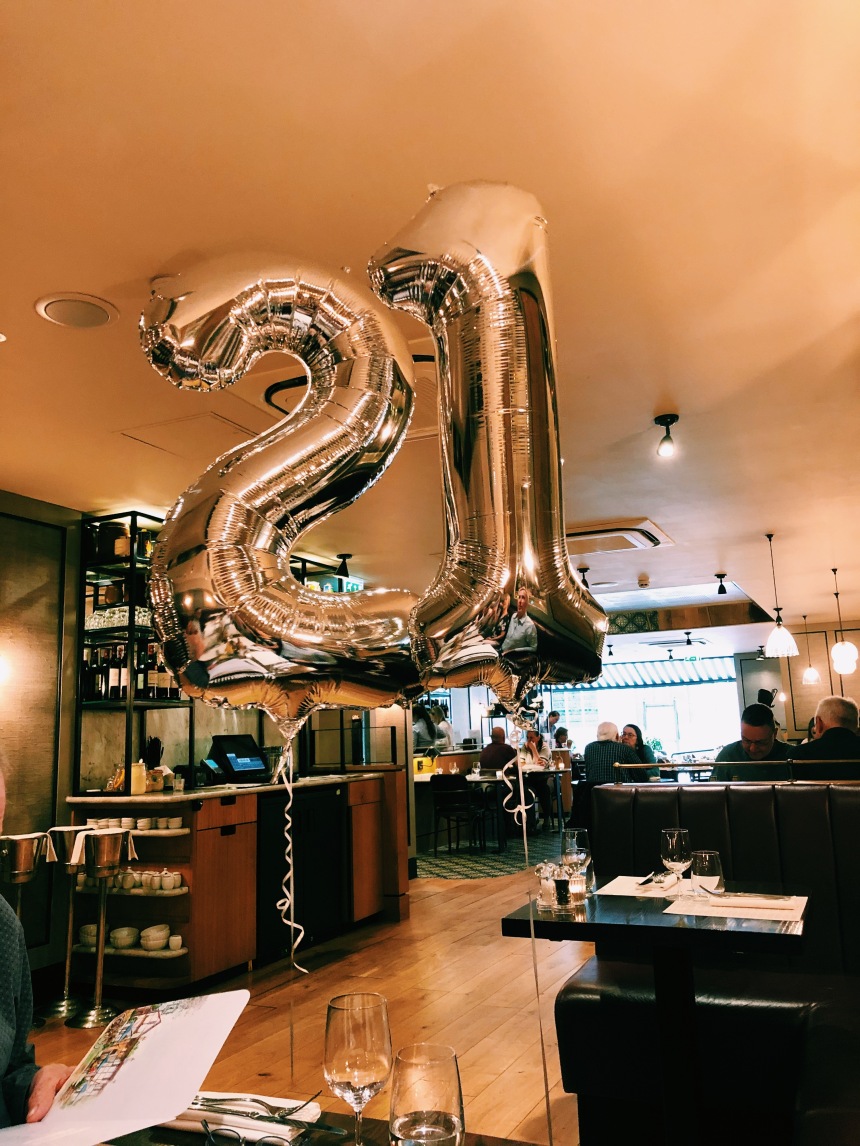 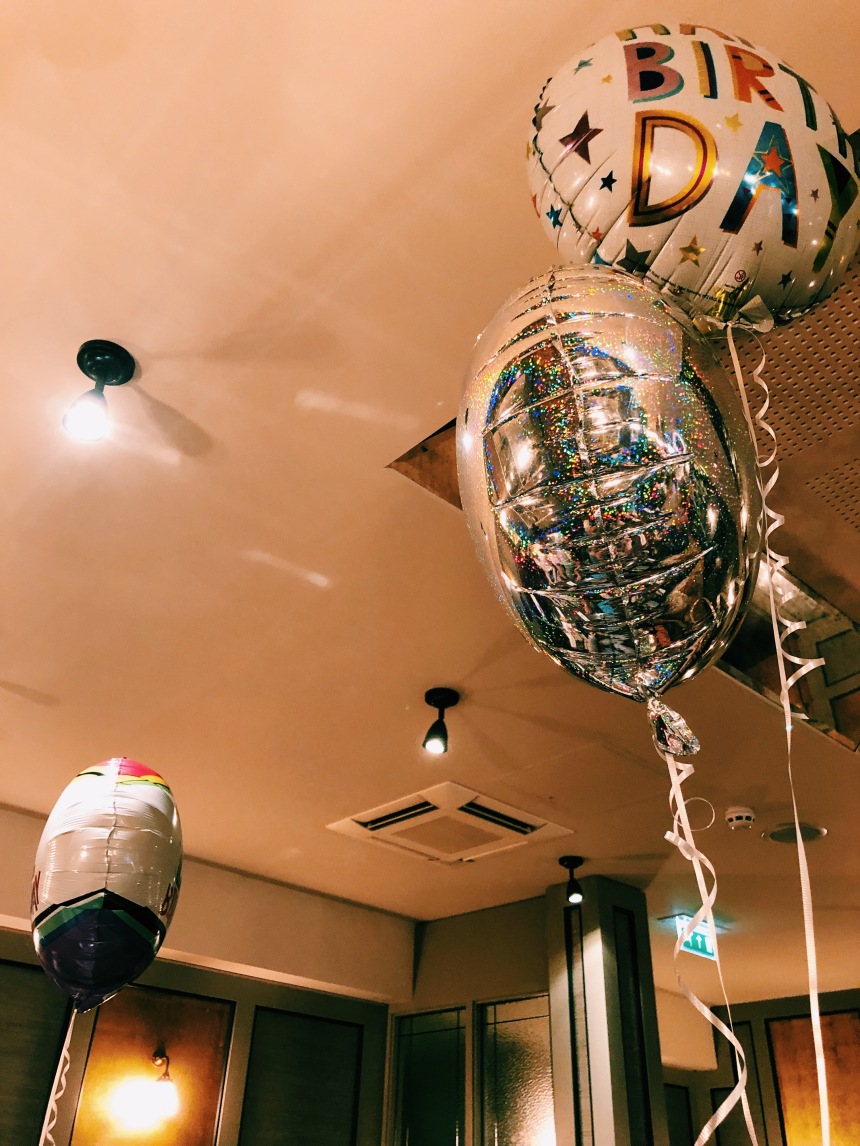 Not only this, but placed in front of mine and my sister’s seat was a card addressed to each of us and two bags of Thornton’s chocolates to go with them. Almost as soon as we had sat down we were given a complimentary glass of rosé to start our meal. An excellent start if you ask me.

I have never received such a warm and friendly welcome at a restaurant before! I was actually very surprised because I hadn’t really expected it. They may seem like small gestures but I thought the card and chocolates were a genuinely lovely touch, and I really felt that the restaurant had gone above and beyond to make it that little bit more special for us.

Now for the all important part, the food. Côte’s menu may be exclusively French, but that definitely doesn’t mean there’s a limited choice. There were so many options to choose from, including lots of set menu combinations, that those decision-making skills I mentioned at the beginning most definitely went out the window again. After much deliberation though, I finally made my choices.

For my starter I chose moules marinières. As someone who has been visiting France their whole life and has spent the last year living there, it’s fair to say I have eaten my fair share of mussels, even at specialised mussel restaurants. However, if I am truly honest, I think that these were probably the best mussels I have ever had. There. I said it.

The perfect starter-sized portion, cooked in a mouth-watering sauce, these definitely hit the spot. Even my boyfriend who usually doesn’t like them enjoyed a few, and that’s saying something.

For my main I had a classic steak with garlic butter. Again, this was deliciously done. The steak was cooked to perfection and as someone who has a somewhat unhealthy obsession with garlic, it’s safe to say that the sauce was to die for.

I topped off my meal with a chocolate fondant- perhaps one of my favourite desserts ever. With this one, I think the picture just speaks for itself.

Overall, I have to say that this meal probably was one of the best I’ve ever had. Not only because of the great food, but because of the wonderful service we received. The waitresses were so friendly and keen to help, and I have never received such a personalised welcome for a birthday meal before! Maybe I need to start going to nicer restaurants?

I highly recommend Côte for a special occasion because they really do treat you well, and they also do some good set menu deals meaning that it doesn’t even have to be an expensive dinner! All in all, it exceeded my expectations and I can’t wait to go back again!

What’s your favourite restaurant? I’d love to know in the comments below!

Hi my name's Alice and I'm a 22 year old blogger based in Peterborough / Birmingham. Check out my blog for all things fashion, travel, beauty and lifestyle!

6 replies to The Best Meal I’ve Ever Had?

Welcome to my blog!

Hi my name's Alice and I'm a 22 year old blogger based in Peterborough / Birmingham. Check out my blog for all things fashion, travel, beauty and lifestyle!